skip to main | skip to sidebar

Alec MacGillis of the Washington Post has penned a very interesting analysis of the state of contemporary liberalism ("The rise of zombie liberalism: Half-dead, half-alive"), where he argues there are successes in defending minority rights (racial minorities, women, and most recently and prominently, gays and lesbians). At the same time, unions are in retreat and the American welfare state under renewed attack. What explains the different levels of success?
Leaving aside the fact that America is still marked by severe racial and gender inequality (MacGillis wisely includes a quote from Barney Frank regarding the recent shift to support for gay rights in public opinion is very specific to that group and marks a generational shift), MacGillis offers a simple explanation: wealthy individuals have backed campaigns for gay rights, and specifically the recent New York vote on gay marriage, and at the same time, wealthy individuals (including some of the same folks who supported gay rights) have backed campaigns to retrench the welfare state, keep taxes on the rich low, and keep Wall Street unregulated.
I think that money is a part of it, though in a way that MacGillis doesn't really address. Passing laws to give equal rights for minorities does not cost much. Regulations that say you can't discriminate against some people, or opening up marriage opportunities, simply do not take much from the treasury, whereas laws, policies and programs to deal with income inequality or union organizing either cost a lot from the treasury or limit employer profits. Policy success is always going to be easier when the resistance against it is cultural or moral rather than money.
Posted by John Skrentny at 12:29 PM 3 comments: 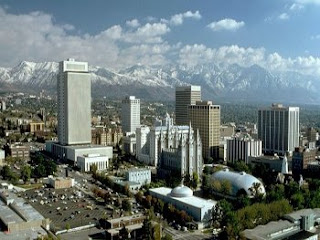 Progressives: You can learn from Utah. Really.
Re-posting from my recent piece at _The Hill_.
Critics on both the left and the right are dismissing President Obama’s recent call for immigration reform, saying he offered nothing new. However, his El Paso speech on Tuesday, and recent events in some states gave hints of a possible winning strategy. Ironically, Obama may claim victory if conservative groups are at the forefront of the change—but reformers will have to scale back their ambitions to make it happen.
http://thehill.com/blogs/congress-blog/campaign/161445-immigration-reform-from-distrust-to-direction
Posted by John Skrentny at 7:53 PM 1 comment:

IF YOU'RE NEW, CHECK OUT THESE PAST POSTS: A RUSTBELT INTELLECTUAL MISCELLANY

THE BEST OF THE RUST